Chat with us, powered by LiveChat
Skip to content

For creative teams to streamline their workflow, promote better alignment with their stakeholders, and achieve better content outcomes, a process and a platform that work together in harmony are essential. When the marketing team for the Minnesota Timberwolves and Lynx saw the launch of inMotion ignite, they realized this was a platform that could support the kind of robust process their team needed, and they were inspired to build their new creative operating model. 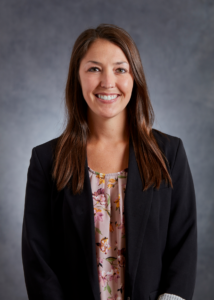 The Timberwolves saw huge efficiency gains with their initial adoption of inMotion Classic, reducing time spent on administrative tasks by 20%. As Courtney Brown, Creative Projects Manager for the Minnesota Timberwolves and Lynx put it, “Now that our designers have more time to actually focus on the design itself, it’s helping the business as a whole. That is the biggest result we’ve received so far.” However, as a team dedicated to self-assessment and continuous improvement, the Timberwolves realized that despite their progress with optimizing internal team processes, they still faced challenges with alignment across their organization. These included:

When they saw the launch of inMotion ignite, they knew this was the perfect opportunity to reinvent their creative operating model, as Courtney described. “We knew there were some changes we needed to make, so when we saw ignite, it was perfect timing to develop a new creative operating model that ignite would support. A lot of the things that weren’t working were easily fixable by moving to ignite.”

Their first step in developing the model was to get feedback from their partners. They set out on a “listening tour,” and met with twelve different groups of internal and external stakeholders to get their feedback on the creative process. Courtney described how important this step was. “I don’t think I realized how many little issues there were until I asked, until I sat in a room and said ‘OK, what’s not working?’ That was when I realized that there were a lot of things we needed to go back and solve for.”

From these listening tours they discovered five key desired outcomes that they used to guide the development of their new creative operating model:

By combining the top three challenges that Courtney and her team had identified along with the five key desired outcomes from their listening meetings, they were able to develop their new creative operating model.

The Minnesota Timberwolves and Lynx creative operating model starts with the why. The objective of the new model is “To help provide more clarity and consistency to the creative process. From strategy to execution, there is a necessity to create formal guidelines for teams and how we operate.” By establishing the objective clearly from the beginning, stakeholders better understood why they were learning a new way of working and how the model would have a positive impact on their experience working on creative content. This was the key for the team to gain buy-in and ultimately facilitate successful change control when it came time to implement inMotion ignite. 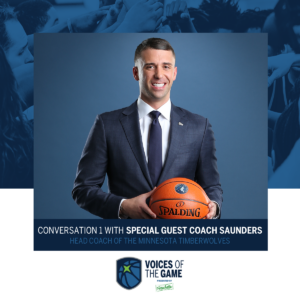 The creative operating model begins with a series of best practices. These lay out guidelines, set expectations, and provide direction for everyone involved in the creative process. Courtney explained, “I love this section, because it allows us to document some rules and ways of working that I’ve wanted to put in place for a long time, but it was difficult to communicate those out. It’s really nice to have everything in one document.” Some of the best practices include:

Within the model, Courtney and her team defined six different project tiers, ranging from complex, multi-channel campaigns to quick turnaround projects and simple promotional content. Courtney’s team developed a matrix defining the criteria for each tier, so that stakeholders can clearly see what tier their project will be categorized as. “We’re able to say how many stakeholders will be involved, how many assets are being produced, what alignment is needed, whether a brief is required, and what kind of communication there will be with senior leadership.”

Each tier comes with its own timeline. These timelines define how long a project will take, based on its tier classification, breaking out the project into stages. Courtney explained, “The reason we did this is because we wanted people to understand why we’re putting these kinds of total timelines on our projects. We’re not spending that much time on each stage, but depending on which tier a project is in, there can be a lot of stages.”

Finally, the operating model lays out the roles and responsibilities of everyone involved. The model provides organizational charts for the Brand, Campaign, and Media Marketing teams, as well as the Creative team, and details who occupies each role and what their areas of responsibilities are. Additionally, the model contains a table defining who the requesters and reviewers are for each department. Courtney described how this streamlined the process for the team. “We would have multiple people from the same department on a review, and sometimes one person would be holding up the review, and I wouldn’t know if we needed to wait on them. I was having to do a lot of follow up, and that stretched out project timelines. Also, sometimes we would get conflicting feedback, and it was unclear who we should listen to in that situation. Now it’s clear to everyone who is allowed to request work, who should be included on reviews as optional or required, and whose feedback I should default to when there are different opinions.”

Once the Timberwolves developed their new creative operating model it was time to launch it with the help of inMotion ignite. The team upgraded from inMotion Classic to take advantage of new features in ignite that would help them enforce the new operating model. As Courtney put it, “ignite was the cherry on top. The thing about having a great model like this one is that you have to enforce it. For us that means having someone like myself in the project management role who owns the model and knows it inside and out. ignite helps me enforce the best practices and rules we have built. For example, on request forms, it’s easy to collaborate, so I can decline a request if it doesn’t have all the required fields. I can get the appropriate sign-off when a request is ready to be accepted and turned into a project. We can also have campaign forms that allow stakeholders to request multiple assets. I can create more transparency for stakeholders by using the collaboration features on the submitted request to tell them which designers are working on their project.”

Beyond request intake, here are a few other ignite features that are crucial to supporting the Timberwolves’ new creative operating model:

In many ways, the actual process of upgrading to inMotion ignite was the simplest part of the process. As Courtney pointed out, once the team and stakeholders saw the new operating model, they were on board for the transition to ignite. “It was really easy to get everyone excited and to get buy-in, because at the beginning of the operating model are a list of best practices, and a lot of those best practices are only actionable in ignite. In order to adopt the model, we had to roll over to ignite. So that helped us secure buy-in.”

The intuitive nature of inMotion ignite also made it easy for the team to get started quickly, as Courtney pointed out. “I was nervous to make the switch and learn a new system, but once I got in there and started actually putting projects in, it just clicked. It was easy. I was like ‘oh, ok, this makes sense.’ So we got the team trained, and I showed them how ignite fit into the operating model, and we were off and running.”

Now that the Minnesota Timberwolves and Lynx are live with their new creative operating model in ignite, they are beginning to realize the positive outcomes they set out to achieve. Courtney listed some results they have already seen:

Actionable creative operating model. “ignite is what makes our model actionable. When you read through the model and our best practices, you can see that ignite is integral to us being able to follow and enforce the process.”

These outcomes are only the beginning for the Minnesota Timberwolves and Lynx, as they continue to work in their new creative operating model and ignite. Courtney summed it all up. “One of our biggest takeaways from this entire process has been that we have such an opportunity with this model and ignite to increase our alignment with our stakeholders. If we can do that at the beginning of a project, we are going to get better outcomes at the end.”

Elise Hauser is a product and content marketer with a passion for telling brand stories. She has produced inMotionNow’s annual Creative Management Report for 4 years, webinars, content sessions for major industry events reaching audiences of 11,000+, and of course, countless blog posts. When Elise isn’t writing about the marketing and creative industry at inMotionNow she is teaching economics and hanging out with her cat, Tucker, at her home in Raleigh, NC.

Is Your Creative Process Working for You? How...

For a limited time only: The ignite Light!

The Best Super Bowl Commercials for 2021

Creative Ideas that Never Get Used and Notes...